We Are Back Sooner Than You Expected!

The crew has been working steadfastly for the refinement of Mayhem Brawler, and it appears that you officers had a lot of fun with the latest major update; Air Supremacy. With revamped combat mechanics and new actions to execute, the rhythm of the gameplay definitely increased! We have seen a remarkable amount of positive feedback after the update, and we are delighted to hear that players are enjoying the current version of the title. But we are not done yet! Introducing; the upcoming major update, 2.1 Wolfpack!

Those Who Do Not Howl Will Never Find Their Pack

A new playable character was a must for the game. We had a couple of ideas about who to bring to the roster, specifically some boss characters. Considering not all of them are villainous and have vital roles in the story, we thought players might like it as well. And who knew!? Literally, everybody wanted one particular character that we totally did not expect…

We get that the idea of playing with a lycanthrope sounds cool, but holy guacamole, the number of requests for She-Wolf was outrageous from the very beginning! Not that we complain, like, at all.

In the end, the owner of the Hungry Wolf, the Altered Beast herself, She-Wolf, will be joining the crew to help our officers in their journey! Christina was on our radar to put it in the game all along, so we were immensely ecstatic from the moment we started to develop her. Let us demonstrate what she is capable of.

We did our best to reflect She-Wolf’s personality on her suit with a stylish blood-red jacket. As for her fighting style, she is ferocious and savage. One of Makoto Uchida’s legendary titles, Altered Beast, influenced us during the creation of Christina. To this respect, we did not miss the opportunity to include her characteristic abilities with her playable version. 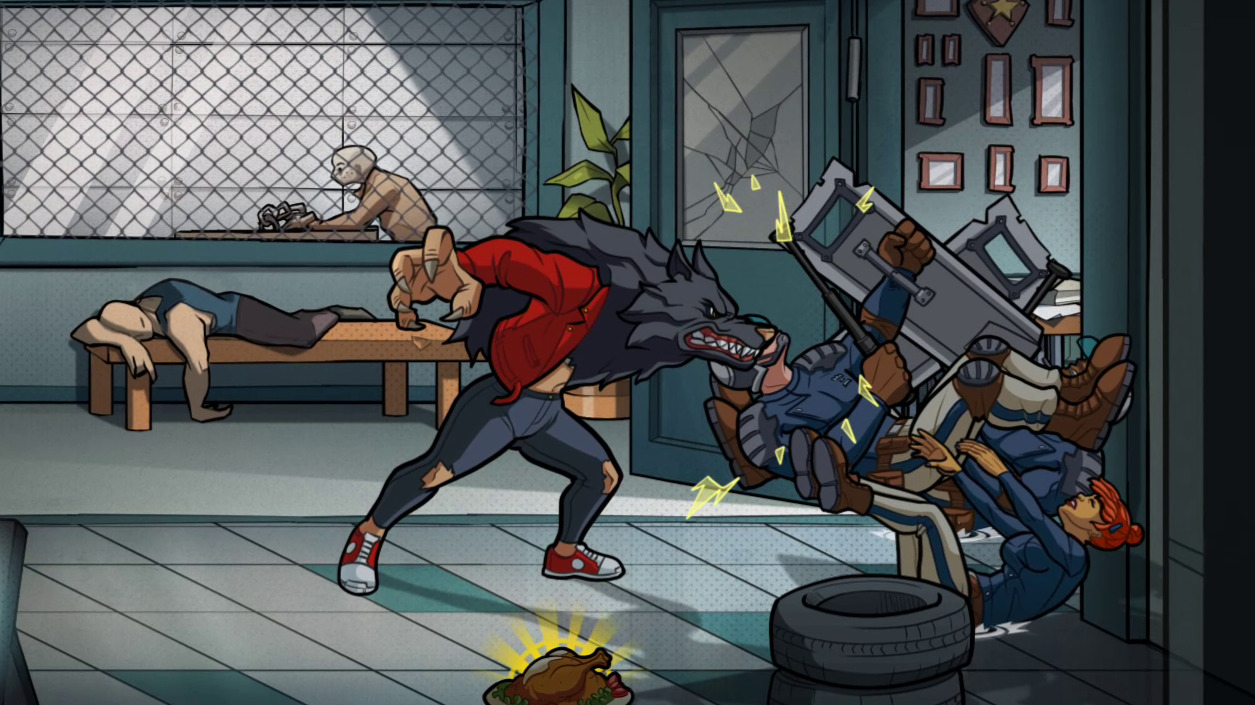 Like Trouble, she has a four consecutive hit combo, and her basic attacks have great reach, allowing players to strike enemies easier. Her Offensive and Defensive Special abilities can apply the Bleed condition to her prey. Legendary Flame Arrow as the Air Special and a downward kick as her Dash Jump Attack, She-Wolf can also utilize the Expose status against her foes. These two conditions will be baneful when both are applied at once. In addition, her slide-kick is executable with her dash attack as well. But here is the real kicker; it works as an OTG (Off-the-ground) attack. Yikes!

All You Need is a Little Help

But you have to unlock her first in good old arcade fashion. Players need to pick the level Altered Beast and beat She-Wolf to begin with. Your brand new character will be playable after clearing the stage and accepting her help. 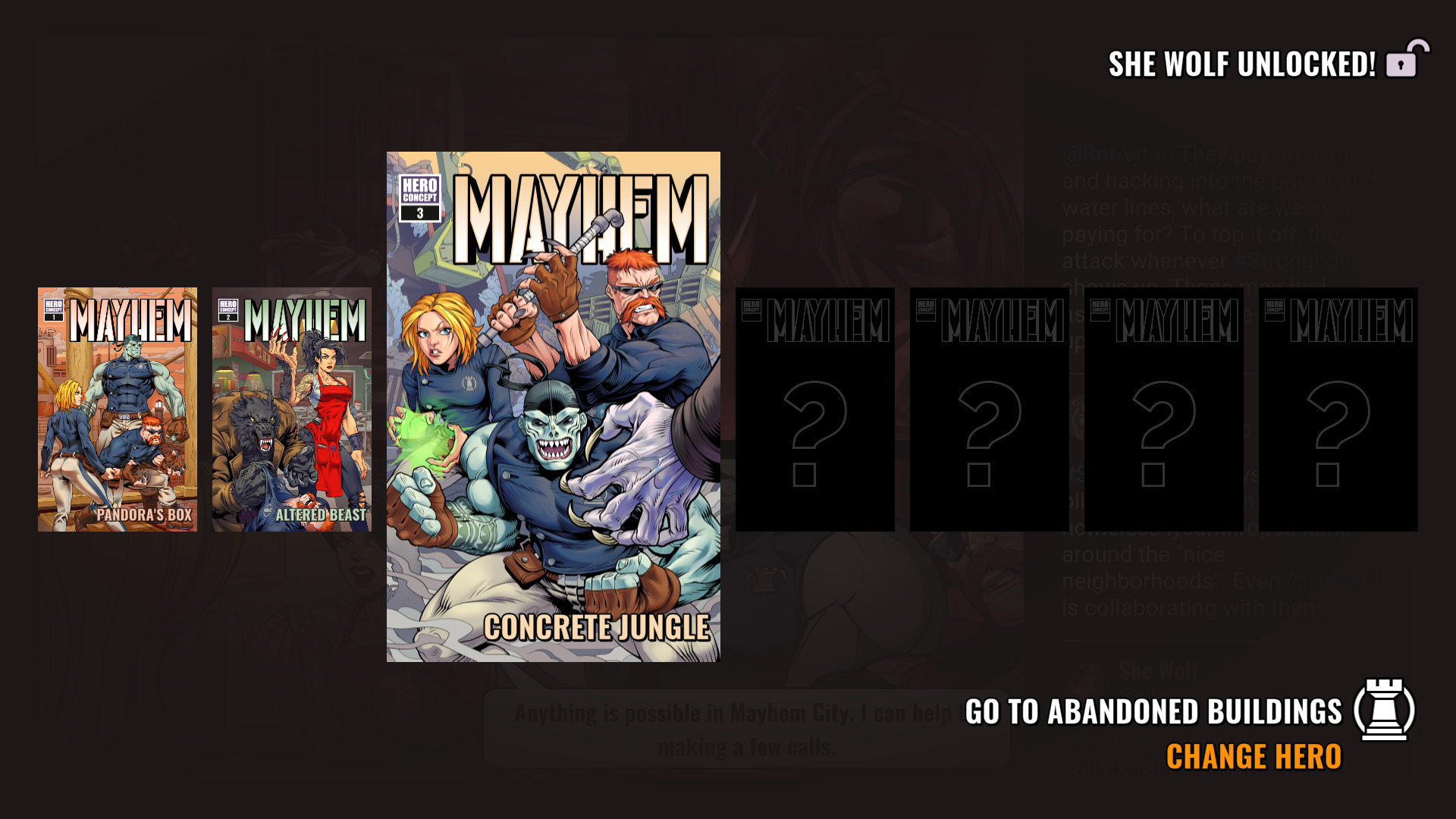 Additionally, with the arrival of Christina, a 4-player game mode will be available! More the merrier right? Also, if you haven’t noticed, which is difficult not to, there is a new artwork for heroes in the character select screen. Marvelous! 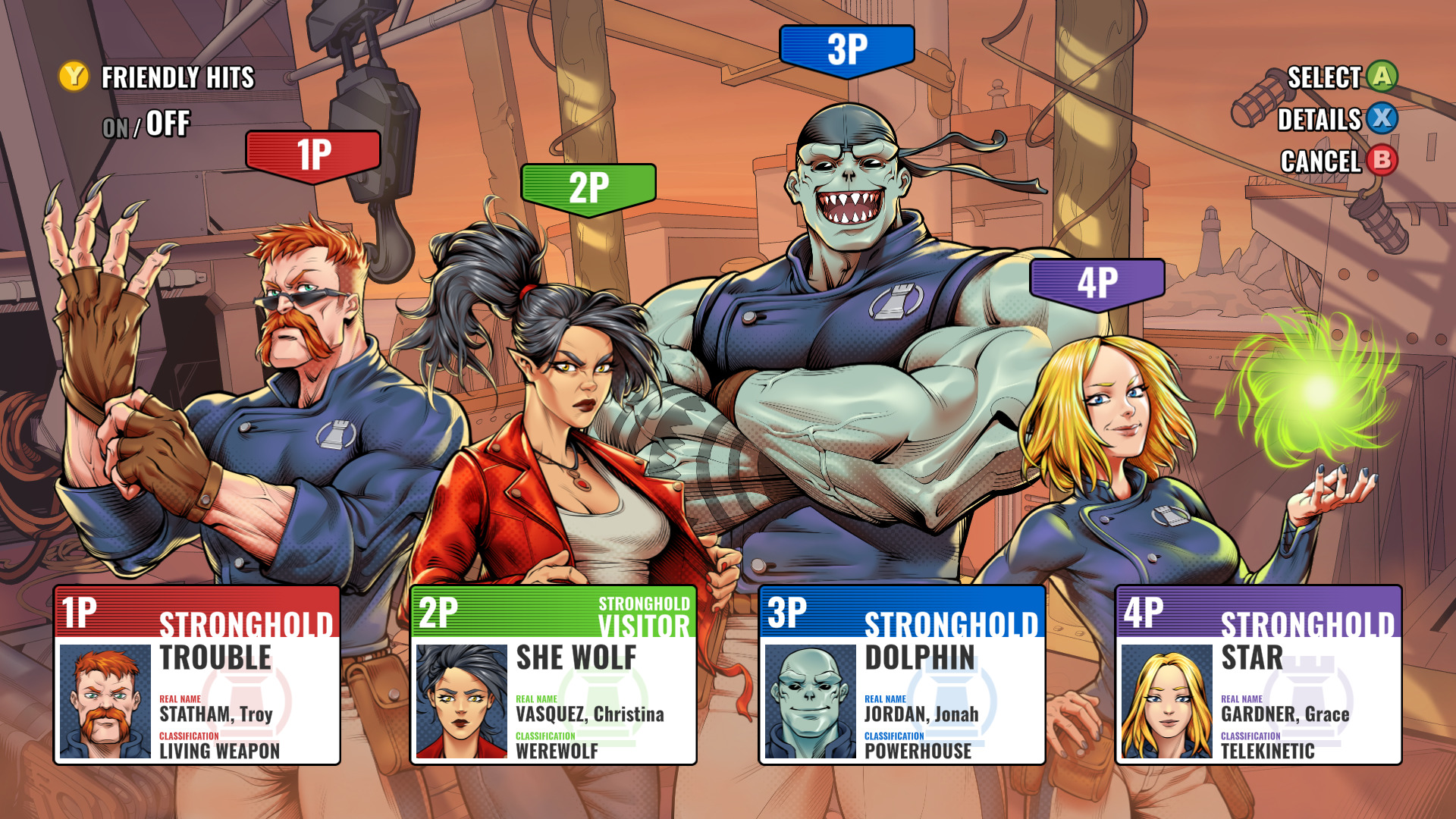 Christina plays out very differently compared to the golden trio of Stronghold. We cannot wait to hear your thoughts about her brute yet agile playstyle once she becomes playable. However, a new character is not the only thing we are bringing to the table with the Wolfpack update.

The Cherry on Top

The level selection was yet another requested feature from many of our players. With this update, officers will be able to play the previously completed levels as they wish, depending on the accomplished difficulty level. 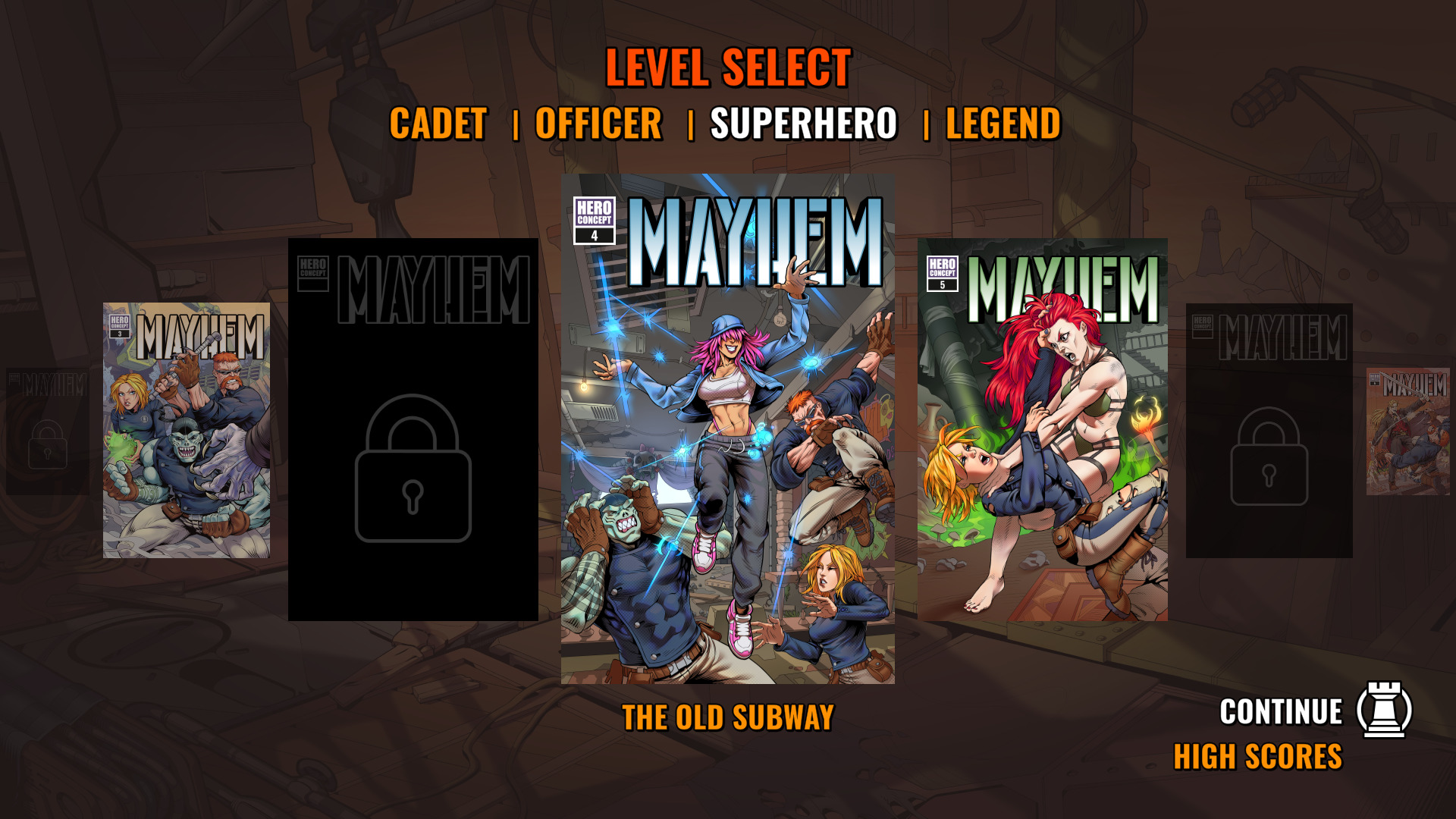 The Arcade mode has been revamped as well. Cutscenes have been completely removed, and there will be a visible timer at the bottom left corner of the screen. We believe these implementations will increase the quality of the arcade experience.

We will be revealing detailed information on the release day of this free update. Be sure to follow our social media accounts to get notified about our latest news. Join our Discord channel to be one with the growing community of brawlers! Until we meet again officers.