A Full Year After a Spectacular, Urban Fantasy Themed Beat ’em Up!

We can’t believe it has been a year since our most famous officers hit the streets to change the fate of their city. Mayhem Brawler has evolved so much that you can clearly see how it feels different now than it was at the release. We are thankful to our fans and community for their contribution. We made so many updates and upgrades from what we gathered from their insights. Thus, we could give the gaming world a spectacular beat’em up game that you’ll never cease to enjoy!

Considering the 4 amazing awards given to Mayhem Brawler by Turkey’s Kristal Piksel Video Game Awards, we are proud of what we have achieved so far. We weren’t only in digital stores, but also managed to bring you physical versions on Playstation and Nintendo. However, we know we are at the beginning of our journey and still have a long path to walk through to bring you the best yet to be. We’ve been beaten up by so many bugs and the problems they caused. Yet, we have learned so much in the process. So, we are determined to continue our arcade spirit in our upcoming projects. We, again, thank those who have been with us since the beginning in the making of Mayhem Brawler. 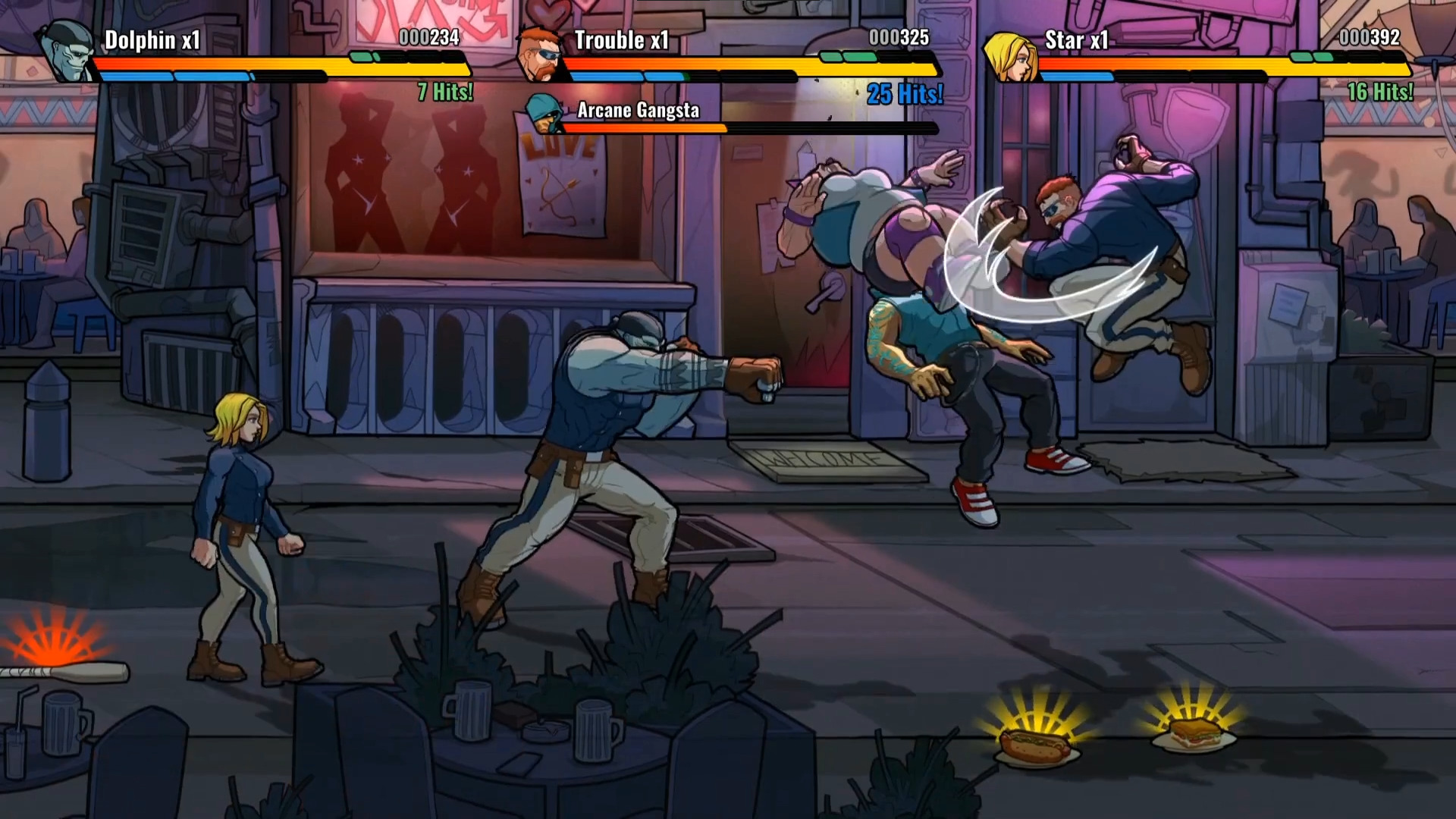 Come on in Brawler, Mayhem City May Need You!

We are amazed that our community is expanding day by day, keeping the 90s arcade vibe alive to the present day. All newcomers are welcomed to this daring subculture. Hence, starting August 16th, Mayhem Brawler will be on sale with a 40% deal off on Steam, Playstation, Xbox, Nintendo Switch (Americas), and iiRcade platforms to celebrate the 1st year anniversary of Mayhem Brawler and give an opportunity to those who haven’t indulged in our comic book inspired urban fantasy themed beat’em up masterpiece with its kick-ass soundtrack!

See you on the other side.