Hello! It’s been a while since we published a dev diary but we are making our second title these days and we want to talk about it. Our second game will be in Doughlings universe also and we named it Doughlings: Invasion. A bold name isn’t it? This time we tribute another arcade classic; Space Invaders. We implemented new mechanics and visuals to an old friend. Why we choose Space Invaders is quite simple, we did a tribute to an arcade classic Arkanoid then we thought about it, what else we could do? Space Invaders has the action and tension elements we wanted so we choose to develop an arcade shooter game.

First of all, we learned from Doughlings: Arcade A LOT. Of course, we were in the game industry as individuals like decades. But as Hero Concept it was our first game, our first baby. We want to tell you a brief story of Doughlings: Arcade then how it affected our second baby Invasion. Doughligns: Arcade designed in the mid-’00s, so as you figured it is a little bit aged idea but that doesn’t mean it’s an “old” idea. We just waited to meet the right circumstances to develop it. Arcade was designed in the mid-’00s and graphics of the game are made in 2012 and we able to start it’s coding in 2017 so it was a long journey for us. After 2008 the mobile game industry is blasted and this blast forced us to make some changes in game design elements because after 2008 games are evolved and changed in design. What is changed in the game design since the mobile game blast? For example in Doughlings: Arcade we separated every level in the game so the player had to play a level then exit then had to select another unlocked level to play. In Doughlings: Invasion we returned to our arcade roots. We listened to almost every feedback that reached to us, analyzed it, thought about it, talked about it and in conclusion learned about it.

One of the most complained topics is playing a level over and over again. Some of you can think “what is the problem playing a level more than once? It increases its replay value, it’s a good thing for you”. Yes, you are right, this little mechanic increases the game’s replay value but the problem is at leaderboards. Because if you make a level replayable some players just grind for the score. This causes a problem among the other users in the leaderboards and makes them unhappy. So in Doughlings: Invasion we changed this system.

Leaderboards will still exist (because who doesn’t love leaderboards?) but the game score will be counted at the end of the game, not in every single level. So that means every player has to finish the game in order to be listed in Leaderboards.

Also, we implemented a “permadeath” system so if you run out of your lives then you have to start over again. Doughlings: Arcade has estimated 10 hours of gameplay but in Doughlings: Invasion we shortened it to 2 hours. So if players want to increase their score or just wanted to play in harder difficulties (we have 3 difficulty levels: Normal, Hard, Insane) that will be a shorter replay period. 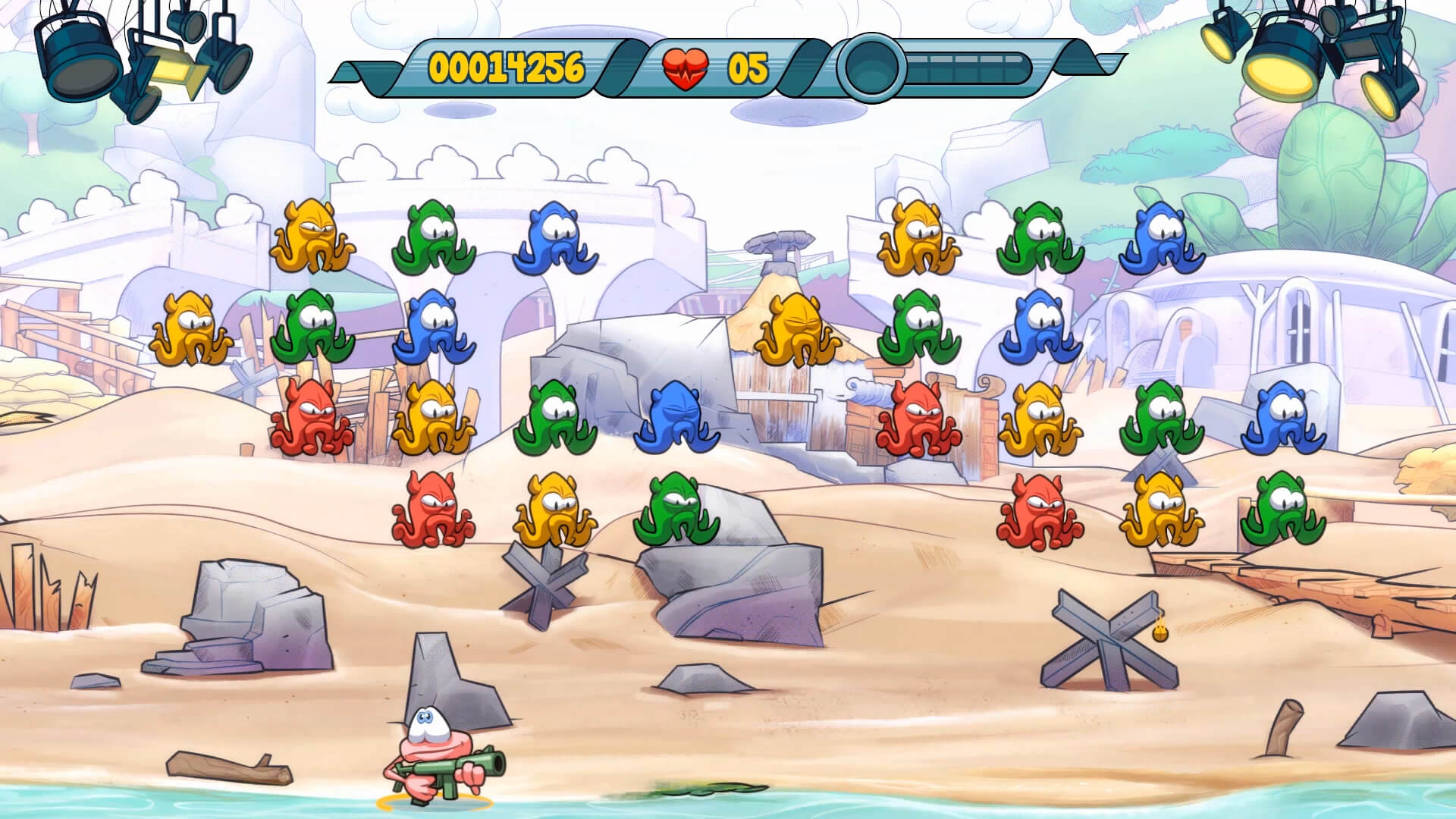 Doughlings: Invasion (Will be released at 2019)

In Doughlings: Invasion players has to be always on alert. You have to stay concentrated in order to not getting shot. We did choose our personas according to that gameplay style. In Doughlings: Invasion personas have to be “fighter and aggressive”, so we inspired from a lot of subculture elements. We also recycled skillsets from Doughlings: Arcade too. For example area of effect damage or Gunslinger’s cross-fire come directly from Doughlings: Arcade. This situation gave us much more flexibility for creating our games and makes easier the whole character making the process.

We are very excited about your feedback. See you at our next developer diary soon.